Prince William and Kate Middleton could be seen to have hinted for months at a royal change as it’s claimed they’re taking a more modern approach.

Despite the formalities and traditions surrounding members of The Firm, the Duke and Duchess of Cambridge have been observed taking a slightly more casual approach to their social media presence in recent months. It could perhaps be seen that Prince William and Kate hinted at a wider royal change in this way, as often their posts won’t contain any kind of sign-off. But when it comes to personal matters or those particularly close to their heart, the future King and Queen Consort have been more regularly using ‘W’ and ‘C’ for William and Catherine.
Earlier this year Kate took to Twitter to express her gratitude for all the wonderful messages for her 40th birthday, signing off ‘C’ to let fans know that she was behind the Tweet.

What an incredible achievement at this year's #USOpen @EmmaRaducanu!

We will all be rooting for you tomorrow 🤞 Wishing you the best of luck! C https://t.co/ceO5TuUEyt

— The Duke and Duchess of Cambridge (@KensingtonRoyal) September 10, 2021

Meanwhile, when William condemned racist abuse of footballers in 2021 he signed off ‘W’ to personally reinforce his important message. The Duchess also used the more casual “C” when sharing a sweet message in honour of Emma Raducanu reaching the US Open final last July. And her husband once again signed off “W” when he congratulated Liverpool FC on becoming 2022 Men’s FA Cup champions earlier this month.
The Duke and Duchess have never addressed the use of their initials and how these have been spotted more frequently in recent months. However, their choice could be seen as particularly significant as it’s said William and Kate could have a big name change going forwards.
Reports have alleged that the couple are hoping to be known more informally as William and Catherine at royal engagements, whilst keeping their HRH titles.

Very well deserved after a long journey and commiserations to @ChelseaFC, you showed real fight for the full 120 minutes and more. W #FACupFinal

“They want to be more approachable, less formal, less stuffy and breakaway with a lot of the tradition,” a royal source claimed to The Mirror.
Whether or not this is actually a specific decision, both William and Kate have been observed straying from royal protocols at recent engagements.
During their visit to Glasgow, the future King was pictured hugging an elderly man in a heart-warming moment whilst the Duchess helped a student solve his tricky crossword puzzle. 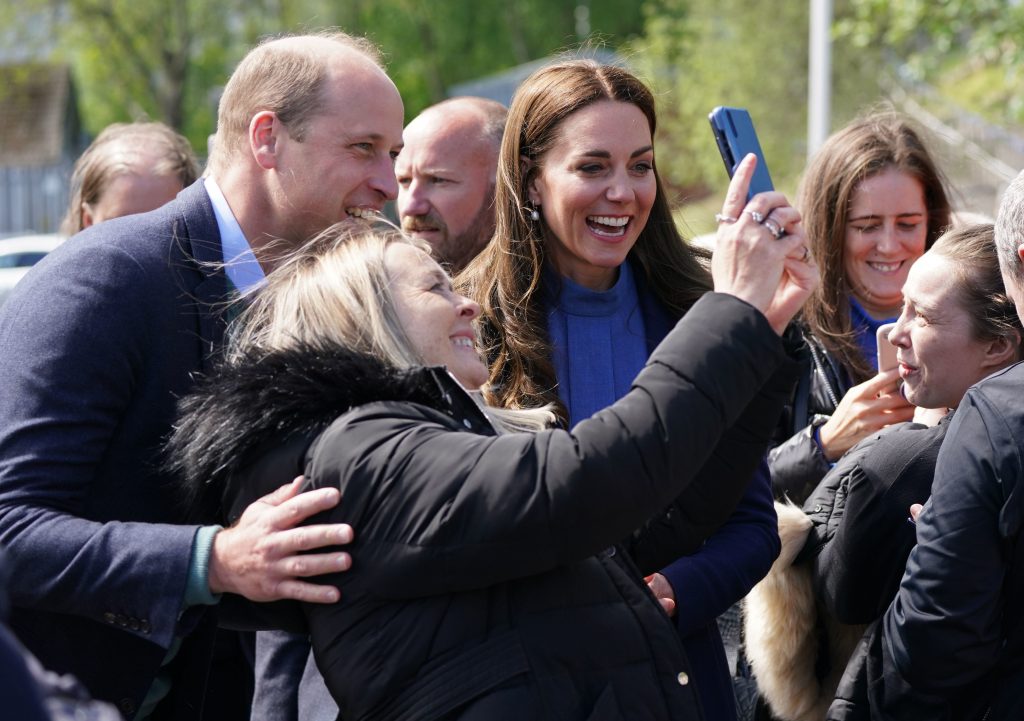 The couple also posed for selfies with eager fans, though it’s understood that traditionally royals will say no or attempt to avoid being part in selfies at all.
This shift to being more personal could be seen to have been hinted at in their initial ‘C’ and ‘W’ sign-offs on social media and carried through to their recent engagements.

Either way, it’s a lovely touch to showcase the Duke and Duchess’ involvement in specific posts despite their immensely busy schedules.

Could Prince William be the next King? Prince William could only become King if Prince Charles chose to abdicate. The line of succession to the throne is regulated by Parliament and cannot be altered by the monarchy.07-Feb-2022

No British monarch has ever abdicated due to advanced age If she were to abdicate, it could be interpreted that being queen is a job to be done, as opposed to the state of her existence to be embraced. In fact, some close to the Queen have said that Elizabeth could “never abdicate” by virtue of age or otherwise.06-Apr-2022

The Title Kate Will Get When William Is King In other words, Kate will be called queen, but the addition of “consort” makes it clear she has no constitutional power and is a queen in title only.29-Mar-2022

He was reluctant to bow to similar pressure and vowed not to be hurried to the altar. ‘He made his feelings clear, telling a journalist in an off-guard moment that he had no plans of getting married any time soon. ‘ So essentially, he just didn’t want to feel rushed into anything.06-Mar-2021

The Title Kate Will Get When William Is King In other words, Kate will be called queen, but the addition of “consort” makes it clear she has no constitutional power and is a queen in title only.29-Mar-2022