How to install OpenCV in Ubuntu?

OpenCV, also known as the Open Source Computer Vision Library, is a very useful image processing library, with links to C++, Python and Java. It can use a dedicated graphics processor and multiple processor cores to process images in real time.

You can use this library to create applications that can recognise faces, colours, moving objects and many other things in photos and videos.

In this article we will see how to install OpenCV on Ubuntu 20.04.

Also read : How to enable SSH on Ubuntu?

There are two ways to install OpenCV on an Ubuntu machine.

OpenCV is available for installation in the standard Ubuntu 20.04 repositories. This means you can quickly download and install OpenCV with a few commands. 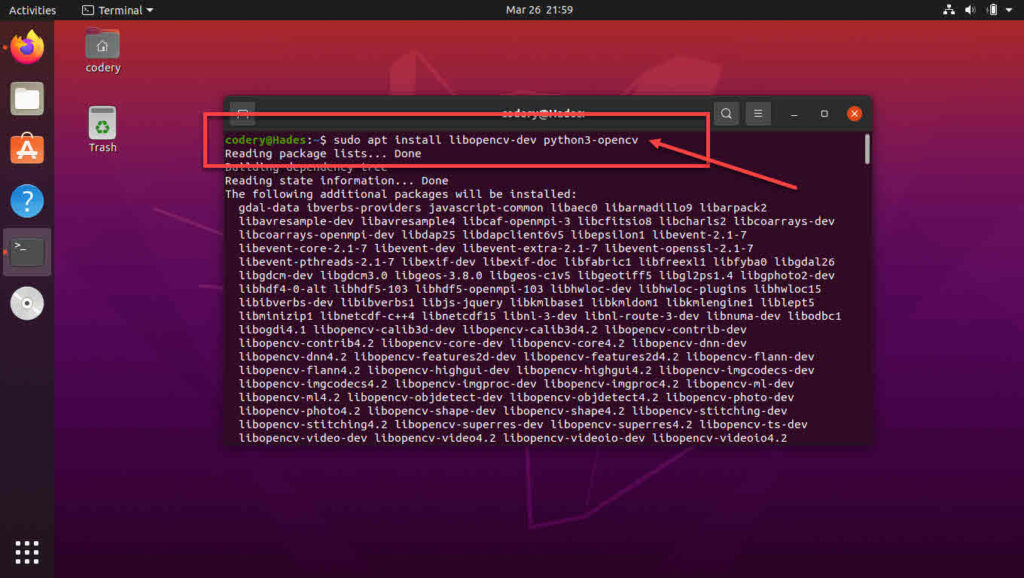 You can check the installation by importing the cv2 function into the Python 3 terminal and displaying the OpenCV version. 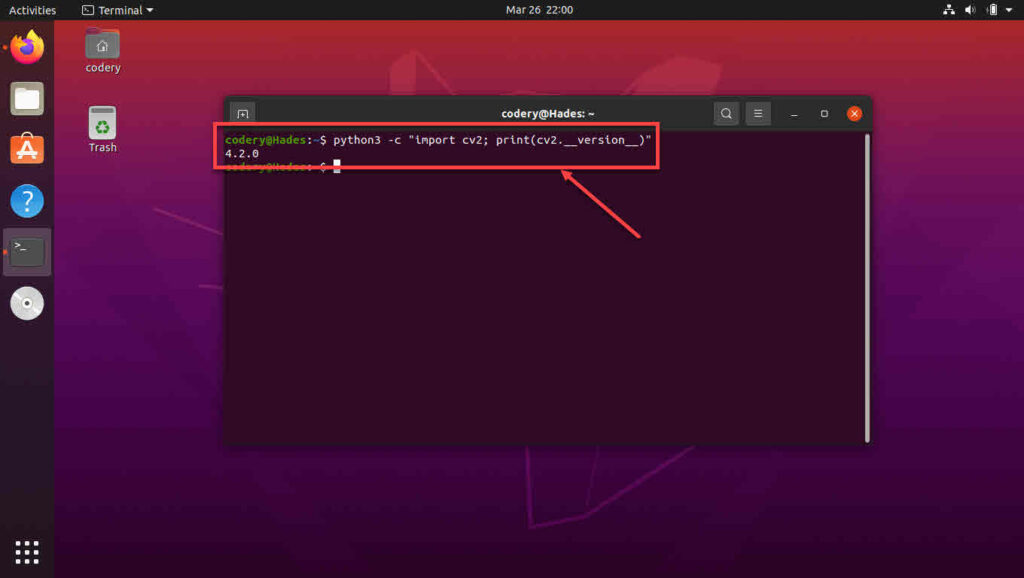 While this method is very easy to install, it is not recommended when it comes to installing OpenCV, especially since the version you end up installing may not be the most recent.

Also read : How can I check my Ubuntu version?

By downloading the source code, building and installing the library, you will get the latest stable version of OpenCV. In this way, the installation is optimised for your system and you also have control over the construction options.

Step one: First we need to install the build tools and all other dependencies. 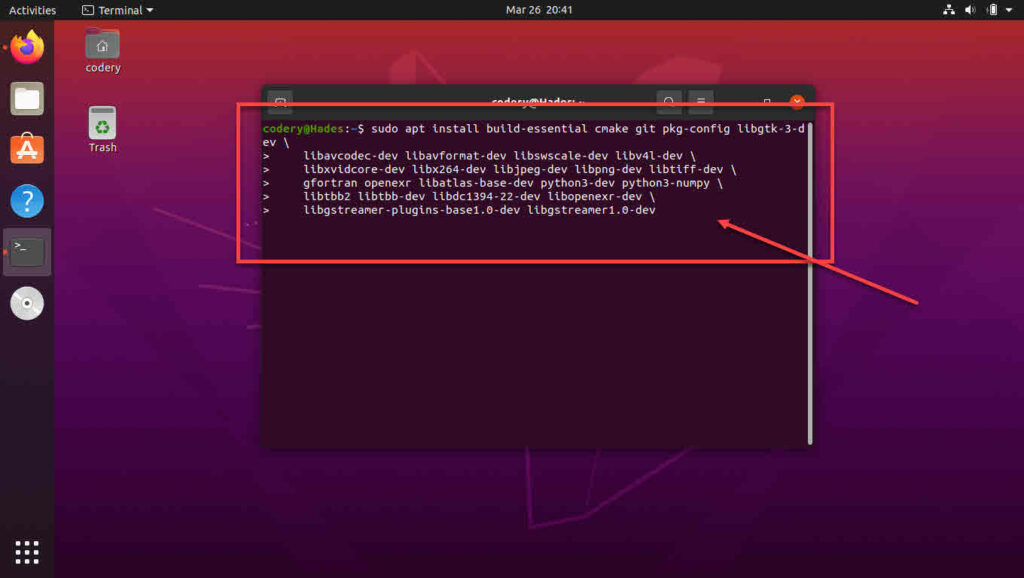 If the above command fails, run sudo apt-get update and try again.

Step two: Now we clone the latest OpenCV github repositories. At the time of writing, the latest version is 4.5.1.

Type the following commands in sequence and press Enter after each command. 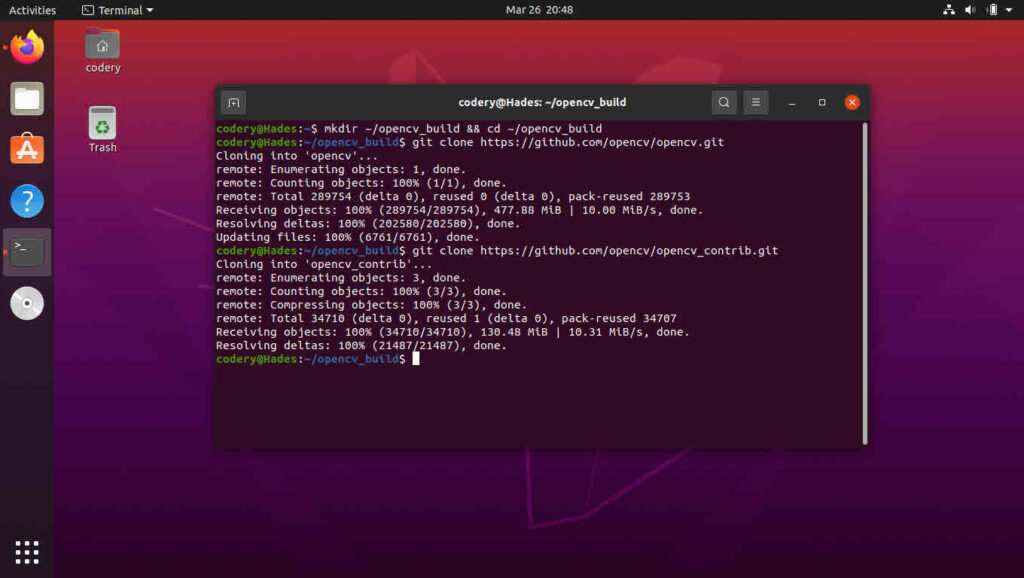 If you want to install an older version, add the version number between the file name and the .git extension. For example: opencv4.3.0.git

Step three: Once the download is complete, we create a temporary build directory and enter it to continue. 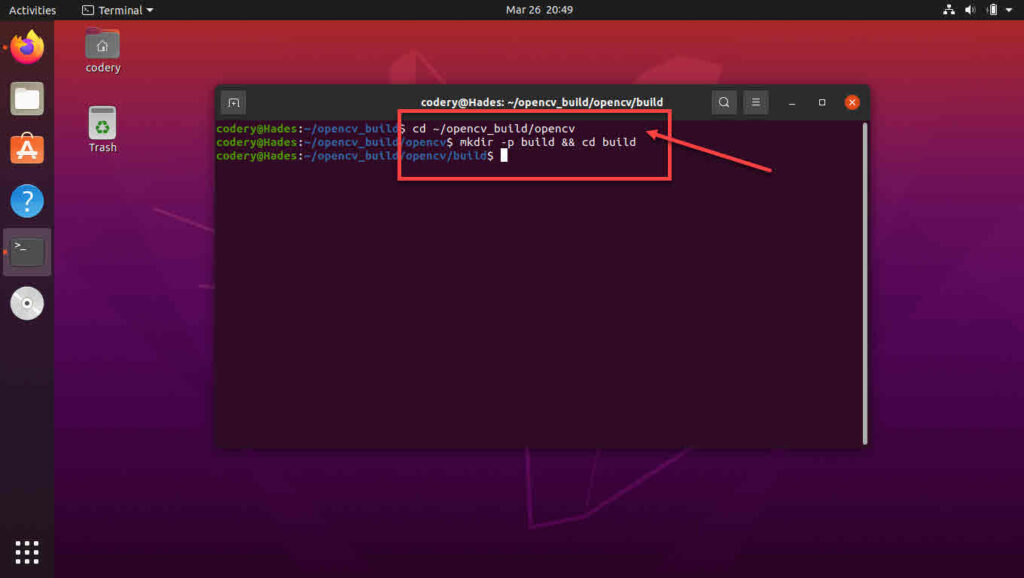 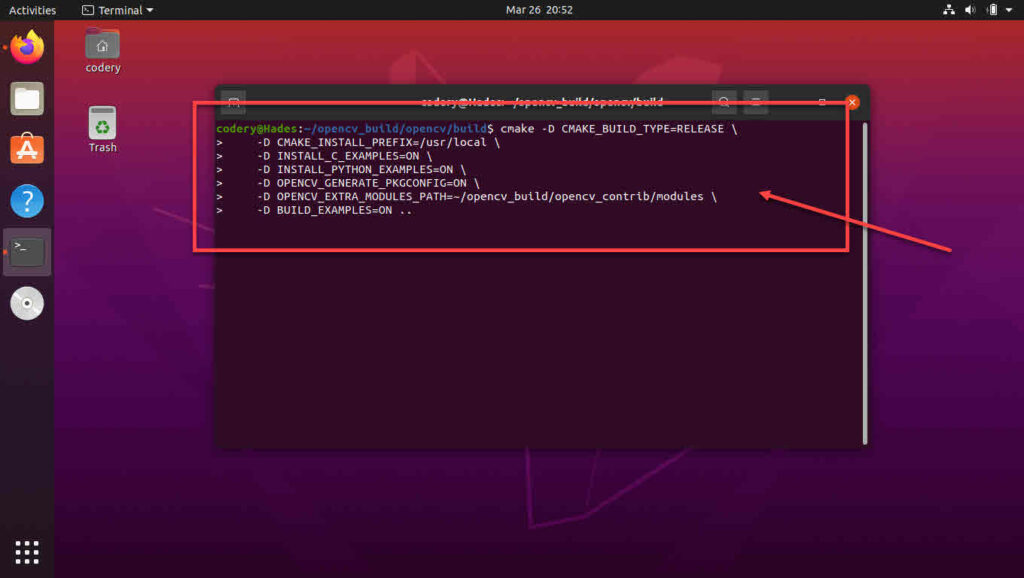 Wait for the installation to complete successfully. Before starting work, make sure that there are no errors in the assembly.

Step 5: Start the compilation process with the following command, 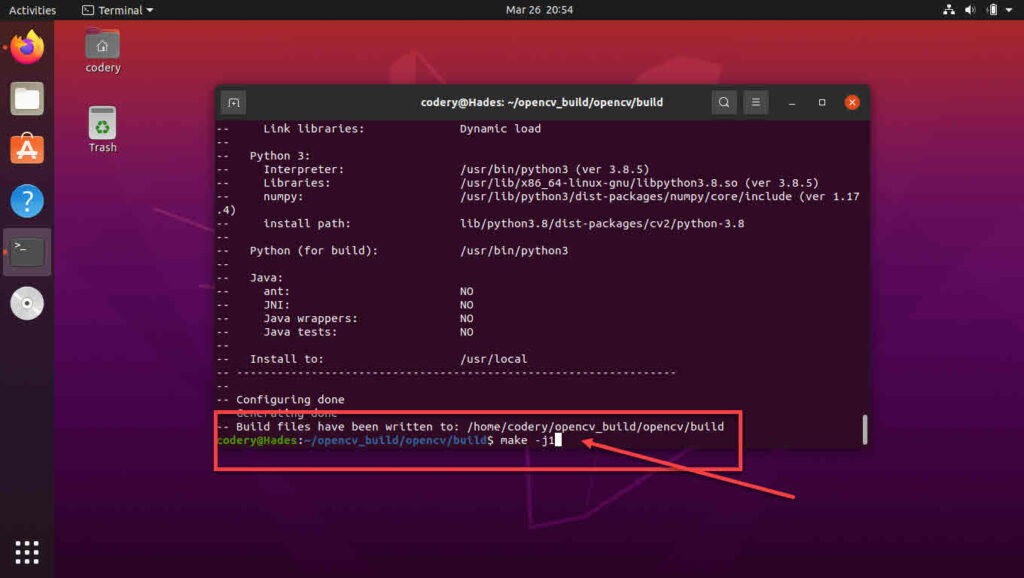 Make sure you set the -j flag based on the number of cores in the processor. You can use the nproc command to see how many cores you have. Since we are running Ubuntu on a virtual machine, we only have one kernel to work with.

Compiling can take a few minutes, depending on the hardware. 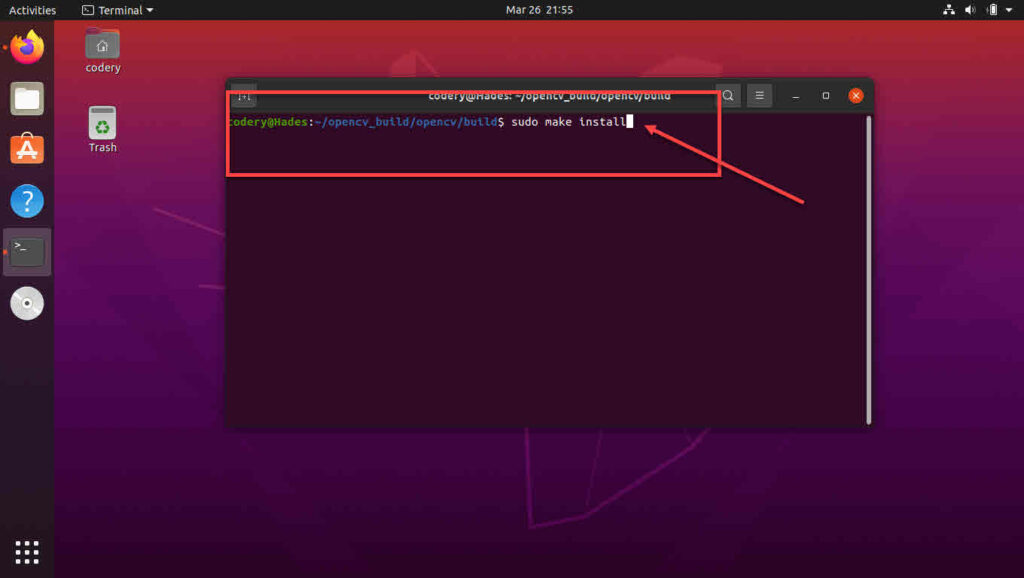 You can validate the installed version the same way we did for the OpenCV installation with apt.

Also read : How do I install Chrome on Ubuntu?

The process of installing OpenCV on Ubuntu 18.04 is exactly the same as described above for 20.04. Note that if you use the package manager to install OpenCV, install version 3.4.0, as this is the default version in the 18.04 repositories.

Where is Ubuntu OpenCV installed?

Step Five: Complete the installation of Python+ OpenCV + Ubuntu 18.04 by Previous versions of OpenCV installed the links in a different location ( /usr/local/lib/python3. 6/site-packages ), so look carefully at the paths below.

How do I install OpenCV manually?

Manga is a graphic novel created in Japan. They are generally in the style of late 19th century cartoons. The century. It contains stories of all genres and is now

To effectively do marketing today, business owners need to have a user-friendly website and use the marketing tools available, but more importantly, they need to understand the general principles of