Skip to content
Home Royal news Prince Harry and Meghan Markle’s Jubilee experience set to be even more special than most – all thanks to Lilibet!

Prince Harry and Meghan Markle’s Jubilee experience is set to be even more special than most and it’s all thanks to their daughter Lilibet.

With the Queen’s Platinum Jubilee bank holiday looming it won’t be long before the Duke and Duchess of Sussex arrive in the UK after travelling over for the occasion from their LA home. The couple confirmed earlier this year they would be making the trip over to join other members of The Firm in marking this major milestone. But Harry and Meghan won’t be coming over alone as they revealed they’d be bringing their son Archie and daughter Lilibet with them.
And it’s the decision for Lilibet to join them that could be set to make Prince Harry and Meghan Markle’s Jubilee experience all the more magical. 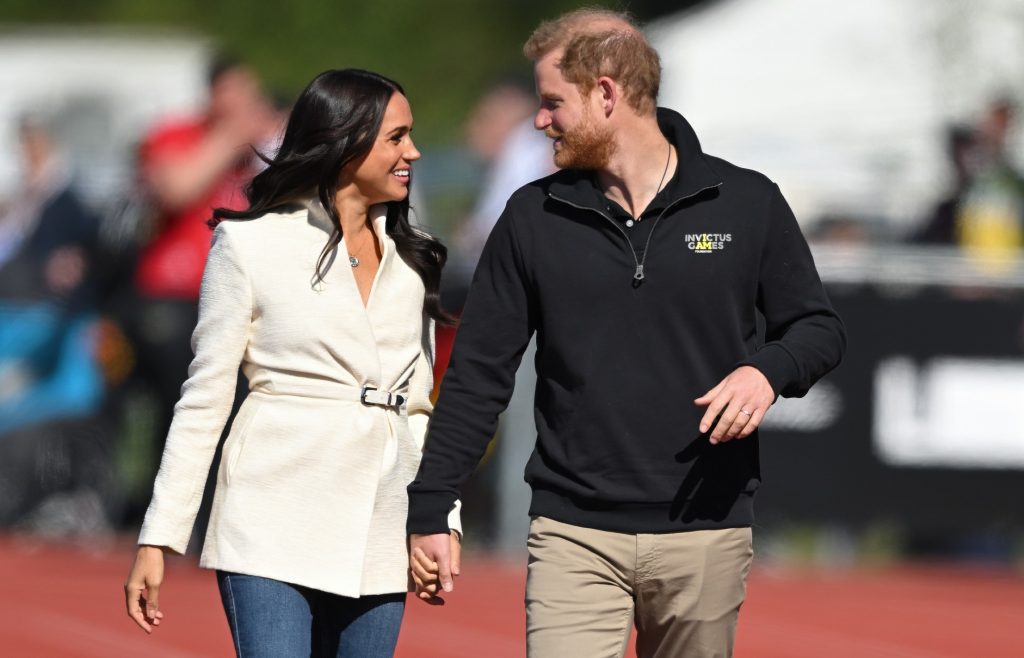 On June 4th 2022 , the penultimate day of the Queen’s Jubilee weekend, Lilibet will turn one. And whilst it’s not known exactly who she will be celebrating her big day with, with so many royals predicted to gather over the weekend it’s of course possible she could spend time with more of her wider family.
And the special significance for Harry and Meghan doesn’t stop there! The Sussexes’ family trip to honour Her Majesty’s 70 year reign will also be Lilibet’s first visit to the UK.
Since she was born in California last year, reports have suggested that Harry and Meghan “shared” pictures of Lilibet with the Royal Family. However, it’s thought that she’s currently the only one of the Queen’s great-grandchildren who’s yet to meet the monarch in person.

This could all change over the bank holiday and if the Queen and Lilibet do finally get to spend time together, this will be an incredible moment not only for the pair but for Harry and Meghan to witness. It’s thought the Queen is “desperate” to meet Lilibet and her grandson has previously expressed his heartbreak at trying to make this happen.
Opening up during his Today interview with Hoda Kotb earlier this year, Harry said, “So this is what I’m trying to do, trying to make it possible that I can get my kids to meet her”.

There had previously been concerns about the Queen never meeting Lilibet due to Harry’s concern that the UK wasn’t safe for his family without hiring personal police protection. Happily for fans, the decision was later taken that Archie and Lilibet would join them for the Jubilee.
And with Lilibet’s birthday, her first UK visit and expected first meeting with the Queen all coming together over the Jubilee weekend, this major milestone looks set to be an even more significant one than most for Prince Harry and Meghan.